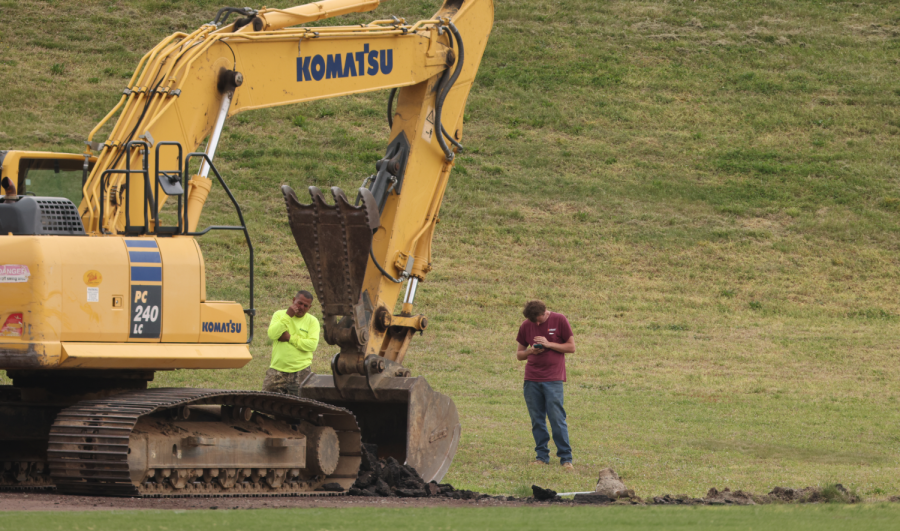 With the conclusion of the Virginia State University football spring game came the end of grass seed, fertilizer and mowing. Yes, the field at Rogers Stadium is undergoing a face-lift to be ready for fall 2022.

Currently bulldozers are removing the grass turf to prepare to lay down a new synthetic turf field.

According to a post from Constructional Journal, Virginia State will see, “construction of an artificial turf field and urethane track system within the existing Rogers Stadium.”

According to the www.GoVSUTrojans.com site, “Rogers Stadium (7,909) is home to the Virginia State’s football team and men’s and women’s track & field teams. The athletic field was named after William A. Rogers, the first faculty member that became a coach at VSU. Rogers Stadium was opened for football and track in 1950.

“The current track configuration was installed in 2002 and saw a major refurbishing over the winter of 2009. It has been the site of the CIAA Championships since 2005. In 2014, Rogers Stadium was the site of the NCAA Atlantic Region Round 1 Football Playoffs.”