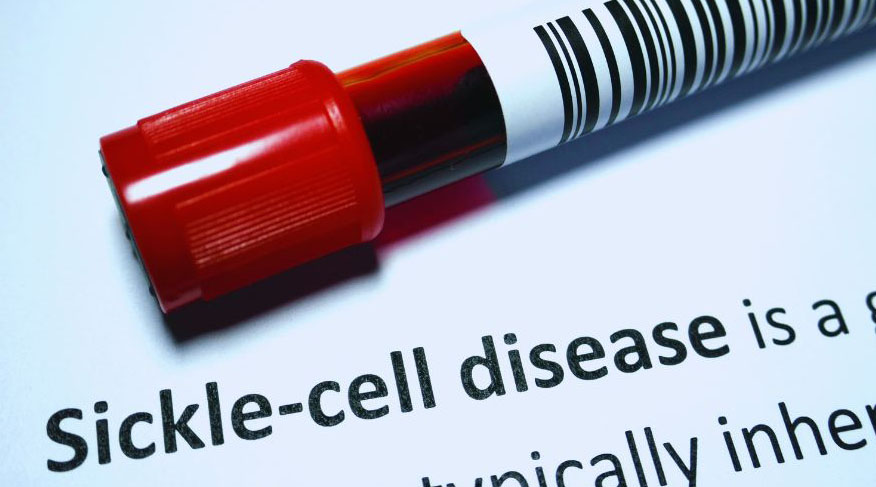 Thousands of years ago, in ancient Africa, a child was born with a simple yet dramatic change, a mutation, in its DNA – a human genetic code. One single change occurred, a mistake, in the code. Consider the vowel substitution, ‘A’ for ‘O,’ in the words, “cat” and “cot.”

“Where is the cat?” and “Where is the cot?” have very different meanings due to one letter. This is what happened in the genome of this baby.

The mutation occurs in an important protein, hemoglobin– and our red blood cells, are packed with it. Hemoglobin is like a tool that can grab oxygen in the lungs and deliver it to every single cell of the body.

The defect causes hemoglobin to behave differently. After hemoglobin drops off oxygen to the cells, the protein can crystallize, link together forming long rods, that grow until they push against the inside wall of the blood cell, twisting and distorting its shape. The shape often resembles a crescent moon – a sickle – for which it is named.

As an HBCU, Virginia State University is expected to have multiple students on campus living with SCD (sickle cell disease), and statistics suggest a large number of students have SCT (sickle cell trait).

China established the Jasmine Cares Foundation to advocate for sickle cell education and her story is ravaged by long, life threatening hospitalizations whereas Carrington, Senior Engineering major, has lived a life without severe incident.

By coincidence, the child born in ancient Africa with this genetic mutation was born in a tropical region of West Africa, the perfect environment for a killer parasite, malaria, that is transported by mosquitos. The mosquitos transmit the malaria parasite and infect humans while they are feeding on blood.

Fortunately, the parasite cannot flourish in these misshapen sickled cells. Thus, more individuals with this mutation would survive a malarial infection than those without any copy of the sickle gene.

There are two copies of every gene, one from the mother and one from the father. The people who have one normally functioning gene and the other a sickle gene have an advantage.

Their infection is less severe because half of their blood cell can sickle and are immune. This environmental pressure produced a fitness advantage for carriers of one copy of the sickle gene. People with only one copy of the defective hemoglobin protein are called carrier and have SCT. In the US, over three million, primarily Black Americans have SCT.

A baby can also be born with two copies of the sickle gene, meaning all of the cells can sickle and this caused a horrific condition known as SCD.

Every organ in the body needs oxygen. The brain, skin, heart, kidneys, eyes, bones, and more. The sickled cells become hard, sticky, and brittle. They can cause traffic jams in the micro vessels and the precious oxygen cells desperately need to thrive can die. Any part of the entire body can be damaged.

Even worse, when the cells do not receive the oxygen, chaos erupts and the body screams out in horrific episodes of pain known as a “crisis”. The vast majority of Sickle Cell Warriors battle this disease consistently thought their lives. Carriers have 1 in 4 chance of having a child with the disease and most people do not know they have SCT.

Sickle Cell Warriors are the first to tell you that no two patients are the same.

It is time for the mutated gene from that baby in West Africa, to be embedded into the culture and the health awareness of everyone in the Black community.

Warriors are eager to tell their stories of how the sickle gene affects their lives, to the greater Black community. It begins with everyone knowing that since 1975, September has been and is National Sickle Cell Awareness Month.