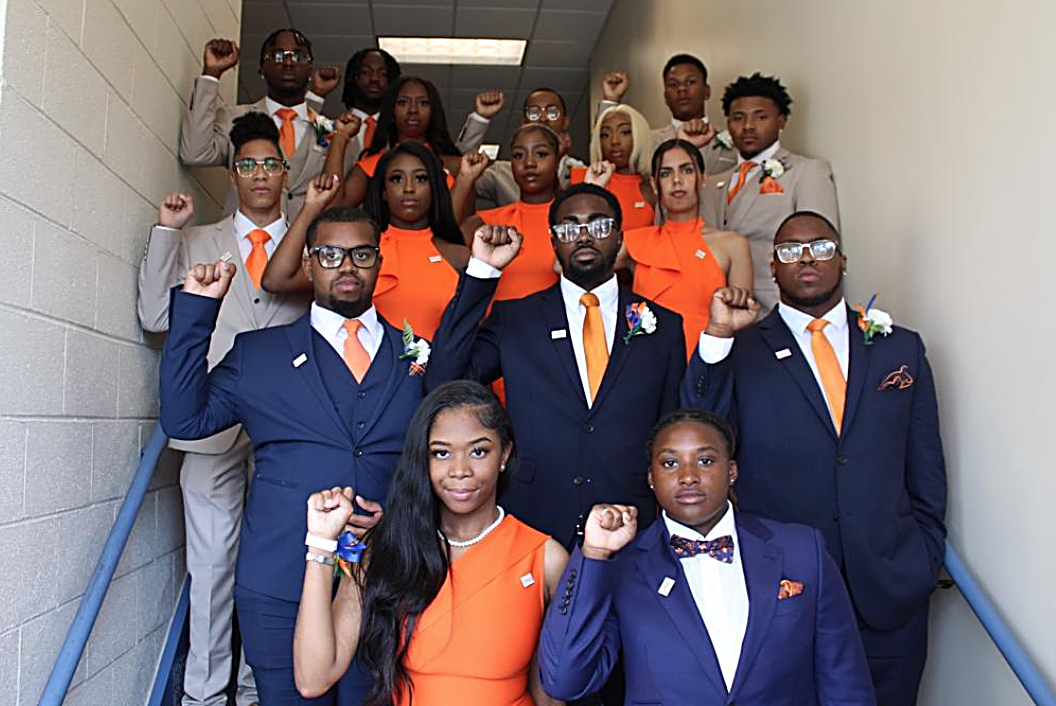 “The Revolutionary Administration represents long- lasting change,” Campbell said. “Yes, we listen to what the student body needs now, however, we also want to make sure the longevity of Virginia State University is secure.”

Over the summer sessions, President Campbell and her team began to assemble an agenda to prioritize the needs of the students. One impending issue was student housing. The Office of Admissions brought in a record setting freshman class of 2026, which created a housing crisis that left many upperclassmen scrambling to secure accommodations.

“We made it a point to communicate the entire summer with (the Abdullah) administration and get that back to students” Campbell said. “We were completely honest and transparent in the fact that we were leading over to a housing crisis.”

The Revolutionary Administration initiated measures to manage the situation effectively by organizing a Town Hall for students to voice their opinions, and have their grievances heard and addressed by the SGA. SGA cabinet members were available to answer questions and assist students daily from a Help Desk in front of Foster Hall during this time. The visibility also proved beneficial to students adjusting to campus life and familiarizing themselves with VSU buildings and grounds.

Despite the lack of available living space, changes in residence life were among top agenda items of TRA. “Ghost Kitchen,” free laundry, and free parking for students on campus are early, successful improvements to the living arrangements in and around residence life.

President Campbell took time to acknowledge the positive rapport between TRA and VSU President Dr. Abdullah, when remarking on successfully implementing these changes, as well as, weekend post office hours of operation.

“Things that we come and advocate for… it’s rare he will tell us, ‘no,’” Campbell said. “President Abdullah’s administration is truly a special one because he values the people.”

Vice President Duah emphasized that, “the student body sometimes thinks that we are no longer students, but we are in the same predicament that they’re in. If the post office isn’t open on the weekend, we can’t get our packages either. If items in the kitchen cost a lot, it costs a lot for us as well. The same issues that the student body have – so does the student government association.”

TRA also works to ensure there is reliable and frequent shuttle bus service, requested longer dining hall hours, vending machines in all dormitories, and affordable food. VP Duah also mentioned a strong desire to have activities bridging the gap between the campus police and students, “It is especially important on an HBCU campus because we have many students who have had bad experiences with the police, and this is a view that we can change.”

Campus safety and security has also been a topic students have been talking about across campus. The administration believes that it is necessary to build connections between campus police and the student body.

Malik Johnson, Official Photographer of TRA, applied for the position because he wanted to make a change.

“We have done way more than I ever expected in this short period of time. I am so proud of this administration and to be a part of it,” Johnson said.

President Campbell desires to leave a legacy that stretches into the future by creating an environment where the SGA is always able to “meet the students where they are at” today and build upon previous generations of greatness, so that every Trojan that is registered now, graduates with the tools they need to succeed.