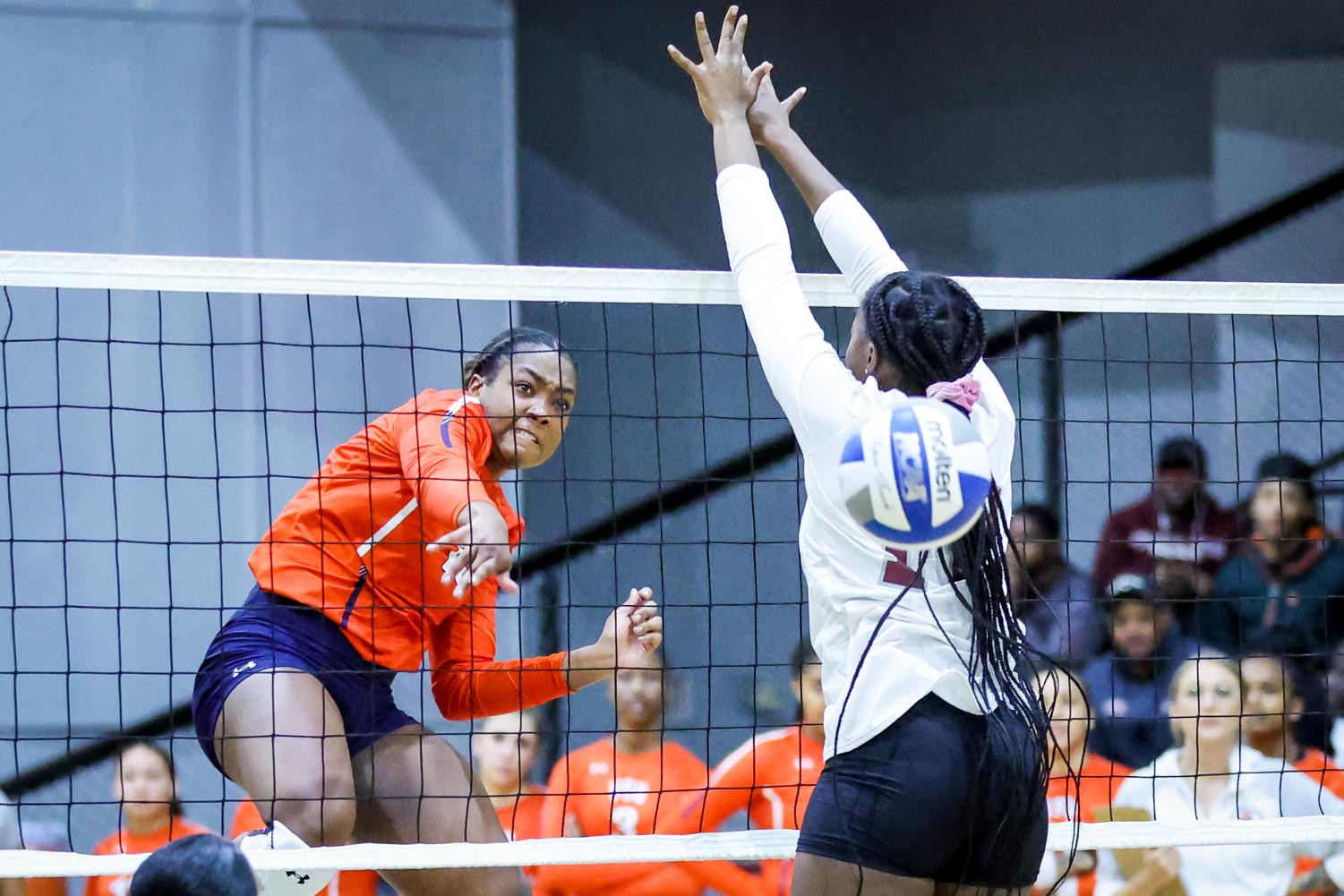 Trojans Middle Blocker Kelsea Saulny spikes the ball against the Panthers during the win. Saulny had five blocks and four kills.

Trojans Middle Blocker Kelsea Saulny spikes the ball against the Panthers during the win. Saulny had five blocks and four kills.

Sophomore outside hitter Helena Eubanks led the team with 11 kills while freshman right-side hitter Amaya Cooper had 10 kills and 3 blocks.

Eubanks’s teammates rallied around her 5 kills which scored the team’s last 5 points of the first set, and led to the Trojans early lead of 1-0.

The Panthers had a few bright spots from their roster – Amilex Lopez-Ayala had 13 kills and 3 aces to lead the team. VUU Head Coach Joe Sullivan was pleased with the team’s serving and ball control despite the loss.

The Trojans will face CIAA opponent Shaw University on Friday, Oct. 21 at 6 p.m. at the Multi-Purpose Center. The Bears are 11-1 through their last 12 games and will be a tough match-up for the Trojans.

The Trojans have just 7 games left in their season, with two against Shaw. The CIAA Tournament begins on Nov. 7.