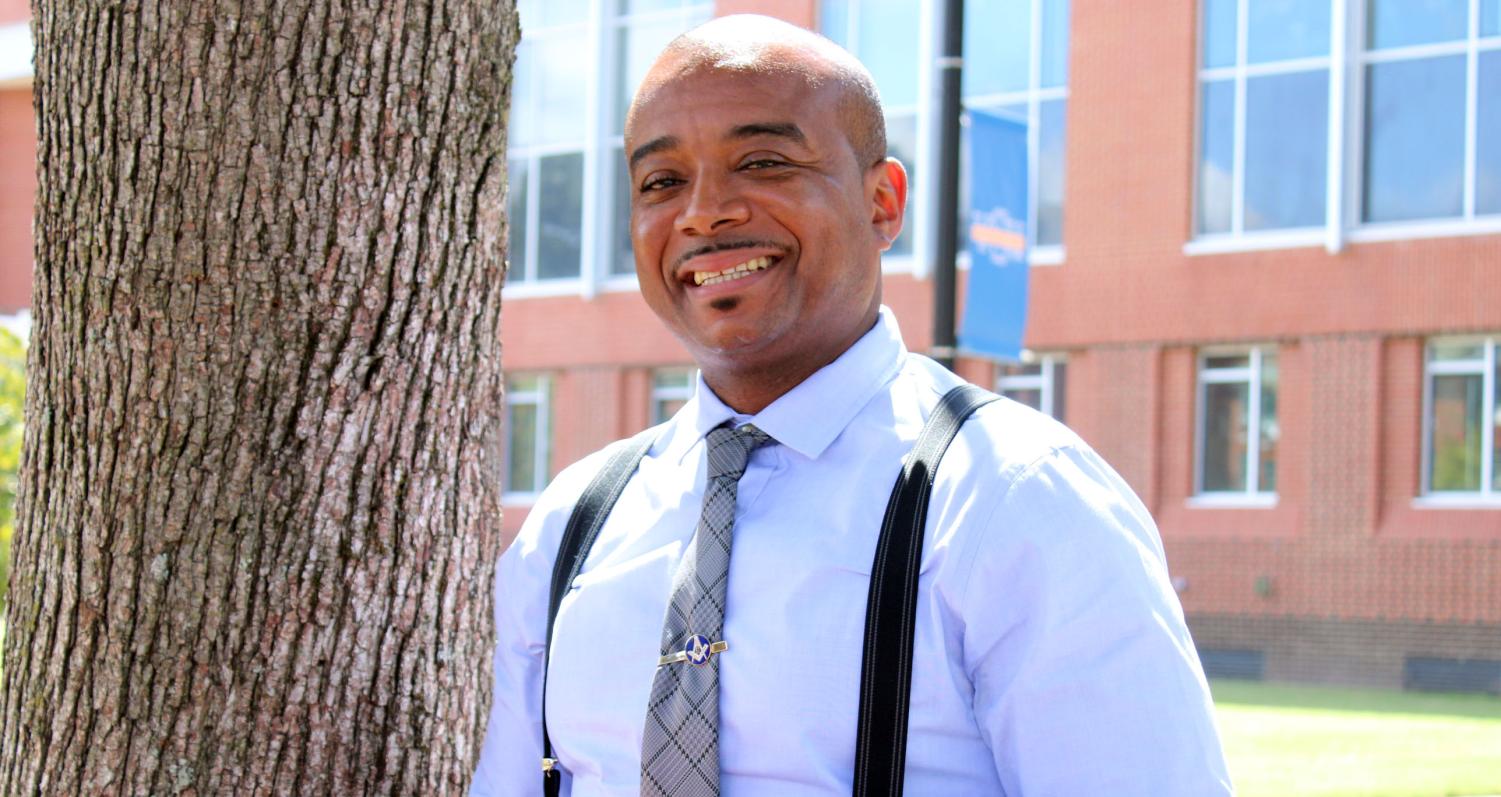 After leaving his position at FAMU, Dr. Rowley went to Huston-Tillotson University in Austin, Texas, and proceeded to shape their band program.

“I loved being out in Austin, Texas. I built the band program pretty much from scratch,” Dr. Rowley said. “They had not had a band program since the 1940s. When I arrived, we reinstalled the band program and presented our first concert, a virtual concert being that we were in the heart of the pandemic during that time. The first concert for the band in well over 55 years. Due to my success there, I was given an opportunity to serve as the Chairman of the Department of Music and the Director of Bands at Palm Beach Atlantic University in the beautiful city of West Palm Beach, Florida.”

“I tell everyone – I love where I was in West Palm Beach but I saw a tremendous opportunity and need for me to give back,” Dr. Rowley said. “Not only to the department of music here but also to the process of creating the next generation of musicians that will go out and also serve as great ambassadors of VSU.”

Dr. Rowley grew up with a passion for music.

“I fell in love with music from a very young age,” Dr. Rowley said. “Back in the 1980s, I remember there were these Louis Armstrong commercials that would come on TV. He would sing with his nice, raspy voice. In one commercial, he sang a Christmas song — but he started playing the trumpet. And when I saw him play trumpet, I was hooked. Immediately, I knew that’s what I wanted to do.”

And so from age four, Dr. Rowley knew that he wanted to be a musician. He begged his mother to buy him a trumpet.

“The first trumpet she bought me was a toy trumpet that plays nursery rhymes when you press the valves,” Dr. Rowley said. “It wasn’t a real trumpet. But, I kept bugging her, and I will never forget when a year later, she purchased my first trumpet. I started practicing on it for hours, even from the age of six. I wanted to develop into a world-class musician.”

Once Dr. Rowley began to attend FAMU band camp in college, he witnessed Dr. William P. Foster – one of the world’s most renowned band directors, known for directing the FAMU Marching “100,” according to the Florida Hall of Fame – and changed his music trajectory.

“When he began to work with the honor band (that I was a member of during that time) and when I saw the tremendous musicianship and artistry that was displayed by a person that was the same skin tone as me, and African-American just like me, that’s when I knew that I wanted to be a conductor,” Dr. Rowley said. “Since then, it has always been my goal to develop a wind ensemble program that would be second to none in this country. That is my ultimate goal. So when I saw the opportunity to lead a department of music and also develop the world-class band program here at Virginia State, I jumped at it.”

Dr. Rowley plans to build up the music department and band.

“I am very committed to building both a department that is recognized for having a great band program and also producing a department that can offer several comprehensive music programs,” Dr. Rowley said. “I want us to be able to recruit a larger demographic of students to come here to also pursue their degrees in music and music performance.”

Dr. Rowley models the band leadership off the model of the “Big 10” universities, where the “director of the band oversees the majority of the operation.” Interim Director of Marching and Pep Bands Taylor Whitehead runs the marching band. Dr. Rowley, on the other hand, serves as the primary conductor of the wind ensemble and also oversees the instrumental area.

Dr. Rowley is looking forward to the fall and spring semesters. He has been speaking to faculty about providing a “curb-to-curb” service for all individuals that come to Virginia State music events.

“From the time they get out of their car to go see the performance to the time they leave, we want there to be a ‘wow factor’ with everything that we do,” Rowley said. “It can be on Saturday during halftime with the Trojan Explosion band or it can also be through a concert, or our orchestra or wind ensemble.”

“I am looking forward to the brand new musical approach that we are going to provide the faculty, staff, students, and local alumni,” Dr. Rowley said. “I think that they will be very proud of the great musical products that we are getting ready to produce here in the Department of Music.”